Everywhere you look, kids are sitting around with iPhones in their hands…everywhere. It’s the new pacifier. And they know exactly where to go and how to get to the video or game that they want to play. And my kid is just like all the other kids…

But it all came to a head over Christmas when we were staying with my family. In a well-intentioned plot to have some adult conversation with my parents, whom we rarely see because they live in the MidWest, we allowed our eldest to play with my dad’s iPad…like all day long. First of all, as someone who only has an e-reader (that I truly do love), I have to say that the iPad packs some legit battery power. Secondly, little bit had 7 (SEVEN) nightmares that night. She had watched a whole lot of Daniel Tiger and Curious George and played some (apparently a lot) of Subway Jumper. It was nothing scary, yet her little brain was affected. During her final nightmare of the night she yelled out in her sleep, “Run Georgia, Run Daddy!”

I distinctly remember a time circa 1993, when I played Tetris at my grandparents for hours on end. That night, when I closed my adolescent eyes, all I could see were little shapes, trying to fit with other little shapes.

On the long drive home through the barren Middle US, we decided collectively, “no more iPhone, really, this is it.” But it wasn’t it. When my brother and sister-in-law came in for a week, there we were again, all to soon, handing over the iPhone at restaurants, desperate for an enjoyable meal.  And let’s be honest, a meal sans real parenting techniques.

And so it goes…the normal life of a 3-year-old. Some PBS Kids here, some games there, and pretty soon your phone has no battery power, your kid has a bizarre (?) case of juvenile arthritis of the thumb, and your phone is full of ridiculous pictures like this: 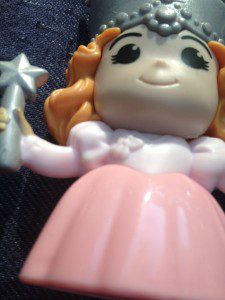 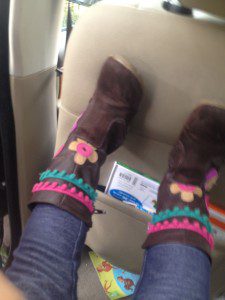 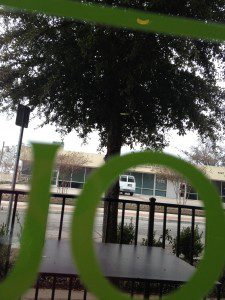 It’s been one week and one day since we took the iPhone away. Here is a short list of pros and cons:

1. I have to actually parent.

2. I have to think in advance of activities and snacks that will appease my child in public places like restaurants, Target, and Stroller Strides.

3. I have to carry around more stuff likes books and crayons and strange little magna doodles from McDonald’s. (What? We don’t eat fast food, how did we get that? Shrugs with a confused look on face.)

4. My own iPhone/Facebook addiction is suffering with new and unlimited access to my own phone.

1. I have to actually parent.

3. Toys are actually getting played with…seriously.

4. We’ve been reading more, and taking advantage of a neat place–the library.

5. The kid who I thought had dropped naps, has napped 3 times in the last week. Maybe there is something to that whole overstimulation thing we hear about. Who knew?

I’m not saying that the occasional, “Here’s my iPhone, kid,” is a totally shameful act. Nor am I saying I will give you a judgmental look with a eye roll should I see your children out and about with phones glued to their faces. But in our family, stuff had gotten a little crazy. I’ve seen an improvement in sleep, in attitude, and in obedience without the iPhone…I think we’ll keep up our little experiment.

Has your kid ever had a smart phone fast? How did it go? 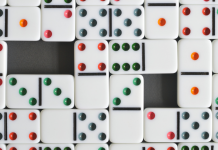 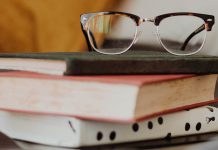 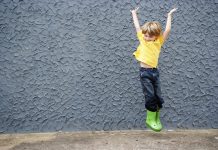