It stands out to me as one of the milestone memories of my high school career. More than any pep rally or school assembly, I remember the day the girl with down syndrome stood in front of an auditorium filled with whispering brand-name jeans and hand-holding, brace-faced band geeks and silenced us.

“What the hell is normal?” Her slow and broken speech seemed to echo. There was something about a girl with such an evident disability reciting such a poignant poem that more than a decade later I can picture her standing on that stage more composed than I could ever have hoped to be.

I’m not sure what she was reading from or if it was something she had written, but she compared herself (with all of the differences that tend to define kids with down syndrome) to other students her age. She pointed out the hormonal angst of the teenage years and the awkward cliques that developed in social settings, and admitted that she, too, fell victim to late night ice cream binges. She compared her physical therapy with gym class, and lamented that down syndrome or not, she probably wouldn’t have had a date to prom because she refused to wear a dress.

My oldest son, Jude, has what experts call a global developmental delay. He didn’t walk until he was almost two, and at three, he only says a handful of words. He has some sensory processing stuff that is finally starting to make sense of some of his quirks (i.e. his absolute fascination with baby wipes), and his speech and language evaluations indicate that we might be dealing with Developmental Apraxia of Speech (DAS).

Essentially, his receptive language (what he understands) is much better than his expressive (what he speaks), and his muscle tone and reflexes are not quite as mature as we would like them to be for a three year old. 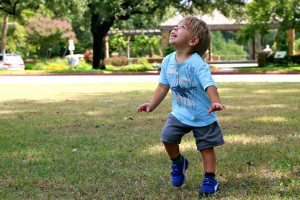 That said Jude is also one of the happiest, most charismatic kids I have ever met. He loves hard and out loud, with big hugs and sloppy kisses. He seems to carry around this incredible charm, selectively picking out people at the grocery store and blowing them kisses or sticking his hand out to shake hands with the postman. He chases the wind and tries to drink up the sun. He’s pure joy.

So part of me wants to wrap him up in my Mama cape and guard that tender, precious heart; build a fence around his developing personality to keep out anything mean; bottle up that laugh of his and distill it from all impurities.

The first play date we ever had, the other boy pushed my baby to the ground. I promptly got up and threw the kid against a wall, took him by the collar, and explained that if he ever did it again, I would make sure his grown-up teeth never came in. At least, that’s what I did in my head.

In real life, I let Jude sit on my lap for a little while and then cheerfully guided him to a different toy. I let him know that everything was going to be ok, silently convincing myself the same.

Ahh, the inner vows we make as mothers:

I will make sure no one ever pushes you down again, little buddy.

I’m sorry you fell off the slide! We don’t have to visit another park for as long as you live.

And that dog scared you? I’ll write a letter to Congress to make sure that dogs more than 5 pounds are banned from Texas forever!

Of course I know this is unrealistic–unholy even. My job as a mom is to insulate, not isolate. All those things, those small heartaches and minor discomforts, are character building, the mortar for him to be a responsible citizen. Blah blah blah blah blah.

Nevertheless, when I drop him off at pre-school (or anywhere outside the comfort of our home, for that matter), I can’t help but think of all the possible worst-case scenarios.

What if his teacher doesn’t understand the altered sign language that he uses to communicate with us? He will stand in the middle of his classroom silently begging for a drink like a man in the desert, dehydrating before he ever gets home.

What if one of his classmates tries to take a toy from him and he mistakes it for an invitation to hug. He’ll be that weird, overly affectionate kid that doesn’t understand personal space.

Heaven forbid they bring out baby wipes. He’ll start wiping his face and the counters and the floor . . . and then the faces of all of his peers. 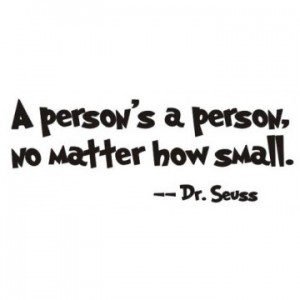 I’m not sure if the little guy understands the scope of it all or not. To him, his therapy sessions are basically opportunities for him to get some one-on-one attention from grown ups that bring cool games. But the journey has been a difficult one for me as a mom.

I’ve had to quiet some pretty loud critics (inside my head, and out), and I certainly had to stop brooding over the developmental milestones that we weren’t checking off in a timely fashion.

I’ve had to remember the thick, muddled voice of the girl with down syndrome, and ask myself the same question. What IS normal?

We have done genetics, bloodwork, x-rays, brain scans, allergy tests, reflexology . . . all sorts of things that seem to be searching for answers that tell us what is wrong with Jude. But no machine exists that can scan his character and chart his destiny and tell us everything that is right.

Those are the things that I’ll have to contend for as his mother. Jude’s gifts are unique, woven in my womb just for him. His challenges are simply opportunities for growth, and I’m personally convinced he’ll talk when he has something to say.

So when the developmental milestone brackets start looking a little threatening and you’re scared your child might not make the next tier, let me remind you that there is no chart for greatness. Take a deep breath, and take that tiny face in your hands and let him know just how amazing he is.

After all, amazing is better than normal any day.

Tell us and FWMB readers what is amazing about your kiddos! 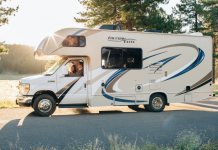 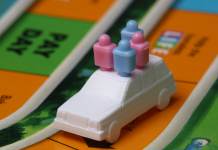 How to Road Trip with a Toddler 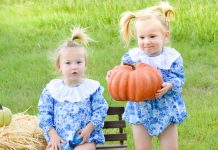