I’m 41 years old and pregnant with my last baby. I realized the other day that this is the final season during which I’ll answer a predictable series of pregnancy-related questions such as: When are you due? Do you know if you’re having a boy or a girl?

I’ve never minded these questions. Heck, within reason, I don’t mind when strangers touch my gigantic belly. We humans are curious about one another, and it’s generally sweet during a time like this.

At its best, inquiring about the baby’s gender is a way of imagining how a new life might shape a family. It’s a question about possibilities with an eye towards hope and the future.

At its worst, that little gender question can lead to some pretty boneheaded comments. Here are a few memorable examples from my experience:

An acquaintance once said: “All guys want to have a son. Maybe they don’t all admit it, but they all want one.”

A member of our extended family suggested he’d like to see me “produce” a son at some point.

While working out at the gym, I felt a woman staring at me. She struck up a conversation about my obvious pregnancy. It quickly turned to gender. I answered that I have two daughters, and we’re expecting another girl. Her whole body slumped and she rolled her eyes skyward, as if to communicate RATS! You must be so disappointed! 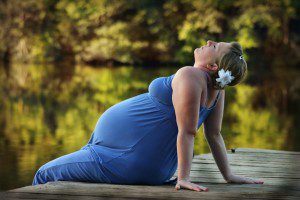 And, finally, this gem, from a checker at the grocery store, within perfect earshot of my daughters:

Checker: “Two girls? You gonna try for a boy?”

Checker (unconvinced): “Yeah, but what does your husband think?”

Me: “My husband adores his daughters. He’s thankful to have two healthy children.”

Checker shakes head, and I walk off wondering why this stranger felt the need to plant the idea— in front of my girls—that they somehow weren’t enough.

Is a father really unfulfilled if he never has a son? Women are still pressured to birth sons in 2015? Should we interpret a boy-child as a sign of particular divine blessing? Should we assume a family is desperate for a boy, or a girl, or whatever gender isn’t represented simply because there are multiple children of a kind? My sample of comments suggests there are many who cling to these archaic and biased beliefs.

It would have been wasted effort to explain to the checker that my two daughters are more than enough. They are my joy, my husband’s joy. I’m thankful for a husband who’s taken a deep interest in their existence from the beginning. He rejoices in milestones and watches their personalities unfold. He accepts his girls as they are, not placing rigid stereotypes on them. He encourages their growth. I believe he’d take the same approach to fathering a son, but I’ve never felt for a second that he’s disappointed because he doesn’t have one. He knows life is precious, and he treats his daughters as gifts.

Is it really so easy to forget that life is a miracle?

I was thinking of some women I know and love. In light of their losses, gender seems so insignificant.

One desires more than anything to have a partner and babies—a dream unfulfilled.

Another was never able to conceive.

Another conceived but never carried a baby to term.

After giving birth to a son, another had multiple miscarriages. She endures judgmental comments about how her son would be so much better off with a sibling.

Another goes through the emotional ringer of unsuccessful attempts to adopt a child.

Another adopted, and desires to adopt the child’s half-sister, but it hasn’t worked out. She wishes she could give her daughter a sibling—this particular sibling.

Another lost a baby during her last month of pregnancy.

Another delivered a stillborn.

Another’s daughter developed leukemia at age 5. Now age 8, the little girl is fighting her second round.

When you consider the aching emptiness that families— particularly women—often bear silently, the question of gender seems irrelevant.

I decided to learn the gender of my babies in all three of my pregnancies, for different reasons. I, too, find myself asking, do you know if you’re having a boy or a girl? I don’t mind the question when it’s posed to me. I’m thrilled about the life inside me; I want to talk about it. I like focusing on hope and possibility.

I’d just love to see the natural curiosity we have about gender paired with an even greater respect for the fact that life is precious, fragile, and valuable—period. 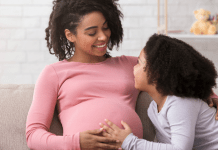 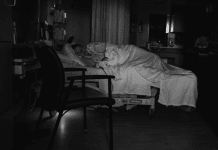 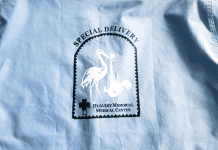 Emergency C-Section: I Wish I Had Been More Prepared