Imagine coming home from the hospital with your newborn in your arms, heart bursting with love and joy for this beautiful child you have brought into the world.

Now imagine someone telling you —  just a few short, sleep-deprived weeks later — your perfectly healthy baby is going to die. She will slowly lose all ability to move, eat, and breathe and there is absolutely nothing you can do.

This is my story.

Or at least it was, but I’ll get to that.

SMA stands for Spinal Muscular Atrophy, a degenerative neuromuscular disease that robs one’s ability to move, eat, and breathe. SMA is caused by the deletion of the SMN-1 gene, which is responsible for delivering a special protein to your motor neurons to help your brain and muscles communicate. Without it, your motor neurons die.

One in 50 people are carriers of SMA, and it is currently the number one genetic killer of infants.

But it doesn’t have to be that way. 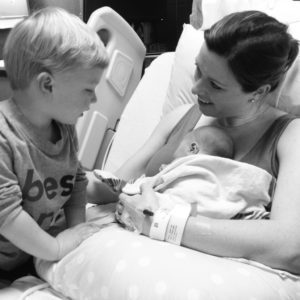 My daughter was born full-term, healthy, and thriving. She nursed well, passed all her newborn screening tests, and scored a 9 and 10 on her Apgar.

Bringing her home was an adjustment for us all, including our busy three-year-old son who loved and adored his sister from the start. It was winter, and we were happily trapped indoors during a rare southern snowstorm.

Looking back, I could kick myself for not noticing her decline sooner. It happened rapidly (within 3-4 weeks) and right before our eyes.

I was quick to rationalize my concerns about her lack of movement. She was constantly swaddled and snuggly sweet. Surely she was just a lazy baby? She smiled and cooed and won our hearts. But still, something seemed . . . off.

Our pediatrician’s face at her eight-week appointment said it all. Low tone. Physical therapy. Pediatric neurology. My worst fears were coming true. Something was very, very wrong.

Thankfully, my sister had recently undergone genetic testing prior to having a baby. Her test helped point the way to my daughter’s diagnosis.

SMA, like Cystic Fibrosis and a number of genetic conditions, is recessive. This means there could easily be a prominent genetic mutation in your family’s DNA without anyone being affected.

The only way a recessive genetic condition is passed to your children is if both you AND your partner are carriers. Then, you have a one in four chance with every pregnancy that your child could be affected.

If you had asked me five years ago if I wanted to do genetic testing, I would have said no.

I was young and healthy, with no history of any family disease. Besides, it wouldn’t change how I parented or loved my child. I would carry them full-term regardless and love them unconditionally.

But now I know better. There is so much more to think about.

Now, I encourage EVERY woman who is considering starting a family to pursue genetic testing. 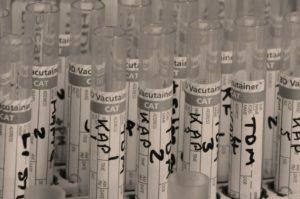 Genetic testing is relatively simple and cheap, only $200 for a home saliva test that can be ordered online through Counsyl. Or you can ask your doctor to order the test and with insurance and patient assistance programs, you typically pay even less than that.

Genetic testing is not routine and many doctors do not recommend it unless you ask. Unfortunately, it is the ONLY way to know your risks. And for a disease like SMA, it can now make the difference between life and death for your child.

Because as of December 24, 2016, there is an FDA-approved treatment for SMA that is saving lives. Early detection and diagnosis is critical to its success.

My daughter was one of 120 children worldwide to participate in the phase three clinical trial testing this drug’s effectiveness. She is alive today, and getting stronger, because of this groundbreaking medicine.

The best way to prepare for your family’s future is to be aware of your health risks and plan accordingly. There is so much information available, and I know it can be overwhelming.

Had we known our SMA carrier status ahead of time, I am certain it would not have changed our decision to have a family. We would have grieved the information in the same way we grieved it after my daughter’s diagnosis.

But we would have been prepared. We would have researched treatments and considered all options. I wouldn’t have been up all night nursing, weeping, and frantically searching the Internet while still recovering from surgery and trying to survive the exhaustion of caring for a newborn.

SMA (type 1) is no longer the terminal disease of the past.

So please, get tested.

The odds are in your favor, but knowing what they are could possibly save your child’s life. 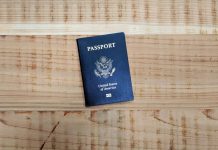 The Neurodivergent Vacation :: Traveling with an Autistic Child

The Sunscreens of Summer :: Find the Best Sunscreen for You and Your Family 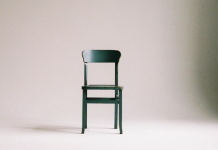 How to Keep Your Child from Going Missing