Every time I catch myself looking at Dorian, all I think about is how different he looks from me. His pasty skin flares red any time he bumps into furniture or gets bitten by a mosquito. The hair on his head is light brown and thin. What gives him away most are his blue-gray eyes. I often prop him up near the big glass window in our living room, marveling at how beautifully the natural light reflects against his eyes like gazing into crystal waters.

I secretly hoped he wouldn’t look like me: brown skin, brown eyes, and thick, brown hair. These are all characteristics of someone foreign — someone not from these lands of red, white, and blue. Someone lesser than. An outsider. Though my experience with discrimination is nothing compared to what some of my family members and minorities in the media have endured, a deeper, more sinister philosophy was indoctrinated into my belief system from a young age.

As a third-generation American, I’ve distanced myself from my native culture more than one would think. It wasn’t that I didn’t want to learn; I was socialized to strip away any sign of “otherness” in order to blend into American culture. I’ve been culturally assimilated.

My parents grew up in El Paso, a predominantly Latinx city. It’s the city where I was also born and remained until the age of two. It wasn’t until we moved to Arlington and I started preschool that I learned I was different. A kid asked if I spoke Spanish, and I didn’t. I noticed out of all the kids in my class, I was much darker. Of course it’s hard to say what a three year old’s sense of cultural identity is at that age, but up until that point, I didn’t know what that even meant. I just knew I was distinct. 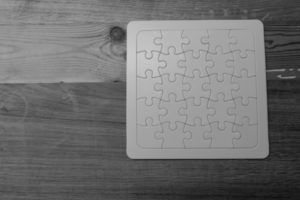 I spent my adolescence trying to be accepted by the popular kids. I’d have my parents buy me clothes from Hollister and Abercrombie (from the sale section, of course). My Xanga and Myspace pages were plastered with Louis Vuitton logos and pictures of Paris Hilton and Britney Spears. I immersed myself in celebrity news so much that I wanted to be an entertainment journalist. I did all this subconsciously to fit in with the white kids.

From second grade until I graduated high school, I attended public school in Mansfield where the median household income is more than $100,000. In order to belong, I had to conform.

I think my parents knew this to some degree. My mother struggled learning English as a child. At that time there were no ESL programs at her school, leading her to be thrust into an environment where she did not know the language. Because of the teasing she endured, she became self-conscious about her inability to speak English. I don’t blame her for not wanting to teach me Spanish. I understand her heart was in the right place. I wouldn’t know until later how detrimental this would be.

In the later part of my college years, I really started to delve into sociology courses concerning racial inequalities. Learning about struggles of minorities opened up my eyes to a different world I knew nothing about. I never experienced discrimination or racism. I went through my whole life unscathed because I had assimilated so well. I knew nothing of illegal deportations, school segregation, or lynchings that Mexican-Americans endured. I had no idea there was such thing as the Brown Berets who fought against police brutality, discrimination, and the Vietnam War.

With this new lens, I wanted to know my history. I felt robbed not knowing anything about the struggles my people before me faced. I read more and more about their battles and uncovered that some of my personal experiences, although not blatantly violent, were covertly harmful.

By speaking English only, I disconnected myself not only from my heritage, but also my family members. Like my mother, I became self-conscious any time I tried to speak the Spanish words I did know. Anytime someone found out I didn’t speak Spanish, they’d accuse me of not really being Mexican.

“How do you not speak Spanish if you’re Mexican?!”

I couldn’t tell how many times I heard this line. Now that I’m older, it’s not light banter to me; it’s just annoying. Yes, I would’ve liked to learn the language, but I don’t know if I could’ve handled the possible discrimination that came with it. Take my brother, for example, who was placed in ESL in elementary school. My brother was not bilingual, but the school officials decided that anyone with the last name Chavez must be a Spanish-speaker. Eventually they pulled him out, but not after he showed remorse for leaving the friends he was “helping.”

A lot of the discrimination was self-inflicted. I often complained about being out in the sun because it made my skin darker. I’d say, “Yeah I’m a coconut: brown on the outside, white on the inside!” I’d perpetuate Mexican stereotypes. I even remember a picture of me being taken hopping a fence, the photographer claiming I’m not a good Mexican because it took me too long to cross it.

I know a lot of it sounds stupid and harmless, but if you really dig deep, that’s not okay for a young girl to think. Brown skin is not anything to be ashamed of. Crossing the border is not funny; it’s grueling and frightening. When a white woman in our neighborhood comes up to my dad to ask if he’s “the help,” that really bothers me.

At this point in my life, I’ve accepted myself for who I am: A queer, Mexican-American woman who just so happens to have a biracial son. I’m thankful for the lessons I’ve learned and will learn in the future when it comes to ethnic identity. For now, my due diligence is focused on my son learning and accepting who he is. In some aspects, I’m glad to have a son considered white passing. It’s going to be important for me to teach him about colorism and how to be a good ally to his Mexican counterparts. My parents are even teaching him Spanish.

Assimilation is damaging. The damage can be relieved, but it takes time. A society that allows people of color to retain their culture and traditions while taking in new ones is the America I hope we’ll one day live in. 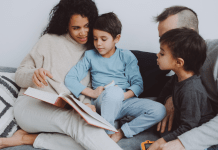 How to Teach Children About Black History 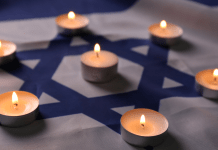 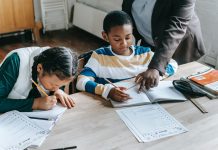