The old adage, “it takes a village to raise a child,” I dismissed as cliched. In fact, I scoffed at the notion as an excuse for parents who refused to put in the time to raise their children. I was then a young bride, opinionated and headstrong. I knew it all. My ignorance, even arrogance, was evident when I angered a stay-at-home mom of then two kids after asking, “What do you do with all your free time?”

The black and white, the night and day, the before and after kids was shocking. No one and nothing could have prepared me for the sordid reality. I soon perceived with brilliant admiration the village I was raised in. Irony.

My grandparents took me in their home from the age of two. There were aunts and uncles and cousins everywhere; my grandmother had 10 kids, so there was no shortage of family. Family that visited, family that stayed to go to school during the week, family that grew up with me and left home when they got married. My mother remarried a man I feared with every bone in my body. She moved away physically, and though she visited me weekly, she moved away emotionally as well. My father was in jail for crimes that still pain me to speak of.

I graduated from college and ran as far away from home as my legs and skills would carry me.

There was a time in my life I wasn’t sure which of my aunts was my mother. I struggled to find my identity. I wrestled with who I was, who my family wanted me to be, and who I wanted to be. I blamed my mother for leaving. I blamed my father for the choices he made in life. I blamed my aunts and uncles for the constant criticisms. I blamed my grandparents for the daily chores.

Ten years later, living in a different continent, I was now a mother who was searching, in fact, determined to find a pathway much different from my own to offer my kids when I stumbled upon the book How Children Succeed by Paul Tough. The book detailed the research of Mary Ainsworth from the University of Toronto who reported that babies whose parents responded readily and fully to their cries in the first month of life were, at one year, more independent than babies whose parents had ignored their cries.

The pattern continued: in preschool, the children whose parents responded most sensitively to their emotional needs as infants were the most self-reliant, curious, calmer, and better able to deal with obstacles. Warm parental care created a “secure base” from which a child could explore the world.

The book The Development of the Person by Egeland and Sroufe validated Ainsworth contention that early attachment had long-term consequences. Children with secure attachment early on were more socially competent throughout their lives — better able to engage with preschool peers, form close relationships in middle school, and negotiate the complex dynamics of adolescent social networks. 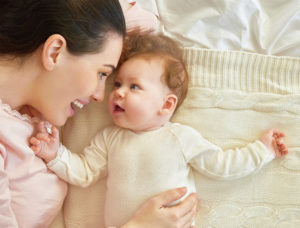 In fact, a psychologist in Eugene, Oregon, named Philip Fisher was able to replicate this attachment theory in foster homes. Fischer gave foster parents six months of training and consultation on techniques to manage confrontation and difficult situations. The foster kids in Fisher’s program showed increased evidence of secure attachment and their cortisol patterns shifted from dysfunctional to entirely normal.

The most effective vehicle for improving children’s outcomes in schools and in life is the creation of a strong family unit or substitute, supplemental family structures in the community for children who don’t have them.

I did not have a secure attachment with my mother, but I had many mentors during my early nurturing that helped equip me with the resilience I needed to face the obstacles in life. My grandfather, an Ahmadi Muslim, an Imam of unshakable faith, gave me a strong religious base that I ran away from and came back to later in life. His passion for interfaith dialogue has become my life’s mission. My headstrong, independent thinking, grandmother taught me to charge forward and take the lead while yet reaching with a caring hand and open heart and a warm smile. She inspired my choice to be a board certified geriatric pharmacist, to give back to the senior community what was lovingly given to me. Their last girl loved me, played with me, cared for me for four years before she got married and left home. She taught me the type of mother I wanted to be to my kids.

My standard four teacher at elementary school and my agricultural teacher at high school vested interest in my academic life and encouraged my progress. They lent a patient ear to my complaints and a compassionate heart to my struggles. They saw in me something I could not believe; they spurred my motivation to be more than I ever thought I could be.

It was only when I turned 40 did I truly appreciate and value the unique and individual hand each member of my village played in raising me. It is my greatest strength. I thank with all my heart the bountiful and gracious lord for the intricately woven path that has lead me to a place of peace. I shudder to think of the alternative.

If you’re like me and you don’t have a family member living near to support you, if you’re a single parent, a working mom, or alone, then build that structure for your kids. Find a religious activity group, a sport team, a teacher, a team instructor, a community leader, another caring mother with values you cherish and build that village of mentors that can be a protective buffer against the stresses of life and foster resilience in your child.