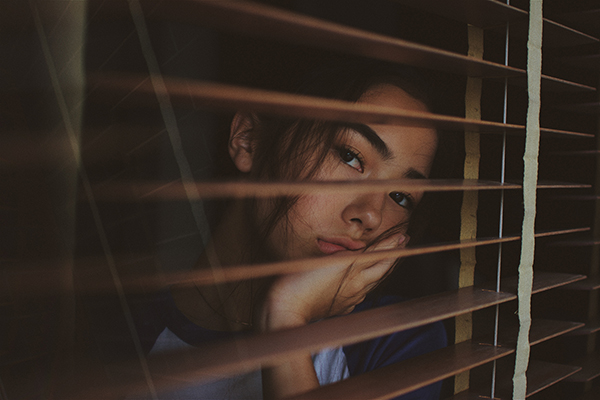 (That’s my baby. You’re holding my baby. Give me my baby.) I had never seen this woman before, but I instantly recognized her. I had spent the last two weeks falling in love with a tiny version of her and this sudden, unexpected apparition dismantled me.

(Go in through the foster parent entrance. Sign in. Wait for the social worker to call you. They will take him to his mother for the birth parent visit. You may only give the baby to the social worker. Do not give the baby to anyone else. You won’t have any contact with the parent. Come back in an hour, sign back in, and wait for them to call you.) Those were the instructions I was given. But that was not the scenario that was playing out.

You see, about six months earlier, my husband and I signed up to become foster parents. We were licensed for foster and adoptive placement. We read all the books, we completed all the training, and we were prepared to handle anything that happened. You know, except everything that happened.

She reached for him, and my heart broke as I saw in her eyes what I had not expected to see. She was desperate for him and, she loved him. I had no idea. I looked around, hoping to see a social worker who could intervene and deliver me from this awkward moment as well as ease this woman’s anxiety to hold her child. Yes, her child. I had been so stupid. How could I not have known she loved him and wanted him? Wouldn’t I possess the same wild eye and firm determination? We shared a common identity. We were mothers.

For more than 10 years, this woman had been in bondage to a ruthless master. She became a victim of meth when she was just a child. Not even old enough to be licensed to drive, or make her own medical decisions, she had been exposed to horrors I cannot describe here. Meth is terrible, ugly, and dangerous. But, meth is not her identity. She was and is a valuable human being. Addiction robs people of their health and happiness. Currently, it was robbing a woman of her child and a baby of his mother.

We knew all of this when we signed the paperwork to foster this little boy. Amazon Prime and Netflix provided us with many documentaries on drugs and addiction. We had thoroughly researched the problems associated with his diagnosis, and we were prepared to help him. What was unexpected was that just as difficult as the medical consequences was the trauma of a broken family.

I was alone with my son’s mother in the waiting room for about 15 minutes before the social worker came. In that time, I had sat down and explained to her that I could not hand him off to her but that I would lay him in my lap and she could touch him and talk to him. I laid him on my lap and leaned back, pulling my arms away. She leaned over him and closed her eyes as she breathed in his scent and kissed him. Her speech was soft as she told him how much she loved him and missed him. Suddenly, she straightened up and forced away her softness. She looked me in the eye and said, “I’m going to get him back.”

“I know,” I agreed. I admit that I had very little hope for reconciliation. Without giving too many details, things did not look good for her ability to regain custody. But when I told her that I knew she would get him back, I really wanted it to be true. “I will take good care of him for you until you do.”

A stony countenance melted away and tears came into her eyes. She asked about my family and told me about her preferences for his care. “That is not his diaper bag,” she said, pointing to the one I had purchased and brought to the visit. “This is his diaper bag.” She had brought one that she wanted me to use for him. Absolutely. We talked for a while and eventually an apologetic social worker came and excused me from the scene.

Come back in an hour, I repeated. Earlier, I decided to shop for some baby clothes, just a few minutes away. Instead, I sat in the parking lot and sobbed. I cried helpless tears for a mother, one of my kind, who was in losing situation. My heart ached for this child, and his future struggle. Strange and numerous emotions surged and wrestled within me as if awakened for the first time. Above everything, peaked a painful realization of the sorrow that my love would never be able to heal.

You might have guessed that we did end up adopting this precious little boy. Of course, I wanted him and loved him and hoped that we would be his forever parents. Hoping for adoption and hoping for reconciliation can coexist in the heart of a person who wants the very best for a child. Many unfortunate factors compiled the reasons why reconciliation was no longer in the best interest for anyone involved and adoption was deemed the new goal.

I am painfully aware that I am the only one who profited from this situation. True, my son has a new family who loves him dearly but his loss will also be with him forever. His first mother gained nothing and lost everything. In sharing this with you, I hope to add a few strokes of truth to the beautiful picture of adoption that some might have. One that is beautiful and real but doesn’t steer away from the tragedy that is at the core of every adoption story. 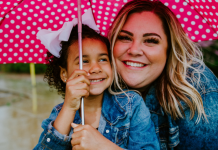