Around the time my daughter turned one, my husband and I decided it was time to give her a sibling. We felt that was an ideal age gap. My pregnancy with her wasn’t easy, so we knew this pregnancy was going to be rough as well. But we knew we could handle it. 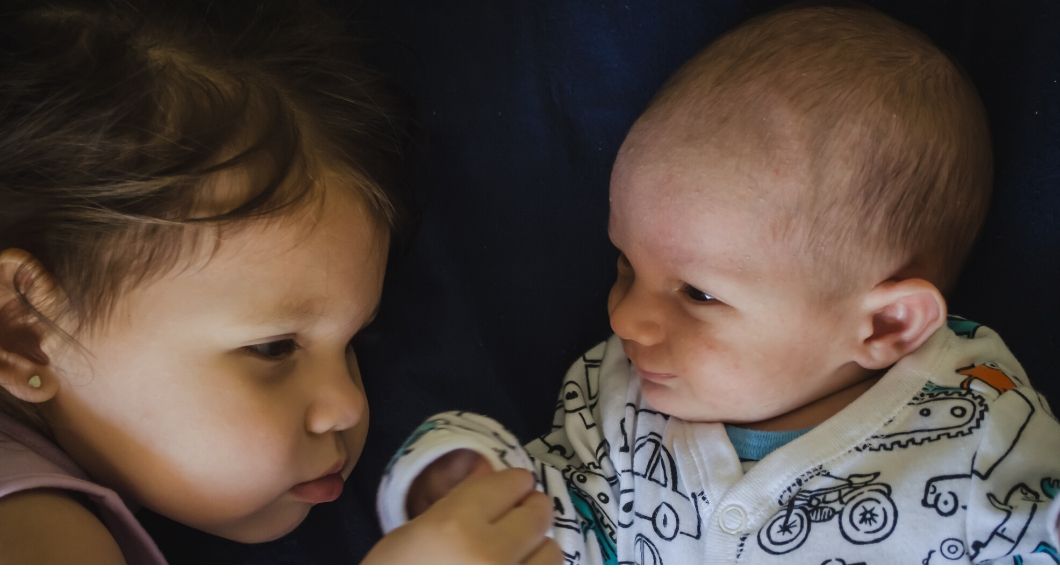 My entire pregnancy, my daughter wanted almost nothing to do with me. She always ran to my husband when she was upset. She only wanted me when he wasn’t around. Everyone said that meant I was having a boy. I prayed they were right. They also said she was going to be jealous and mean towards him.

Well, they were correct about me having a boy. However, my daughter is so loving towards my son and is so helpful. He was born a little more than three months before she turned two.

I wanted to do everything we could to prepare her.

Preparing Before Baby Is Born

Before our son was born, I put a video of a baby crying at random times throughout the day. I also had my daughter start helping me with getting diapers, wipes, diaper cream, and other things I knew I was going to need for the baby.

We set up the swing, bassinet, and all his clothes a couple of months in advance and taught her what was what and to whom it belonged. She caught on and learned everything so quickly!

What we were really worried about was how she would react to the nightlight once the baby was born and us having to change and feed him in the middle of the night, because we all sleep in the same room. Somehow, it ended up not being an issue.

From the get-go, our son pretty much slept through the night. At first it was because his jaundice made him sleep all the time, but now it’s just routine. For the first couple of weeks, she would stir when he would cry a lot, but would usually go back to sleep on her own. When she didn’t, she would sleep in our bed. The nightlight never bothered her, surprisingly. Now at a little over four months, she’s hardly bothered by the nighttime wakings.

What I wasn’t prepared for was the amount of love she and I would have for new baby boy. When you’ve only had one child, you have no idea how you could possibly make room in your heart for another. That’s the thing, though, you don’t make room — your heart exponentially grows. And so will your child’s.

From the first minute she saw him, she just wanted to cuddle and love on him. She always takes him toys, covers him with his blanket, and gives him his pacifier, even when I don’t ask.

Of course, she is still only two and therefore a little bit of jealousy and tantrum-throwing is to be expected. The best way I’ve found to somewhat avoid this is simple: Show her extra love and include her every chance I can.

Whenever I have to sit with him for half an hour to feed him, I put on her favorite show or give her my phone to play with. When I’m playing with him, I bring her over and play with both of them. It not only involves her, but also teaches her how to play with him on her own. When he needs a diaper change, I ask her to help me check his diaper, bring me a diaper and wipes, or to throw away the diaper. Then I give her extra praise. I switch it up so that way she learns how to do all of it and doesn’t get annoyed by doing the same thing all the time. When he’s asleep or chilling on his own, I’ll read her favorite book, play with her favorite toy with her, tickle her, or cuddle with her; whatever she wants to do. This way she knows that I still love her and still have time just for her.

Obviously, she’s only two, so it doesn’t work all the time. But it does help. At the end of the day, they’re both happy and healthy kids who love each other. What more could a mom ask for? We’ll see if this continues when they’re teenagers. I can only hope. 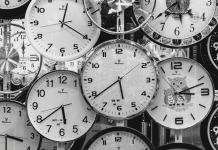 How Parenting Twins Made Me Type A 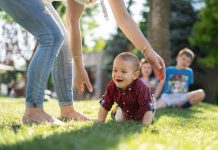 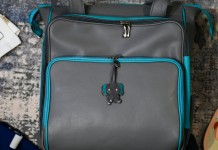 Diaper Bag Basics :: Which Bag Is Right For You & What to Put In It

Katie F - July 27, 2021 0
We've done the searching and placed all sorts of resources in one spot. From doctors to birthing options and options for resources, like belly binding or chiropractic care, this guide has something for everyone.