It’s not an understatement to say 2020 was going to be of drastic change for our family. As the clock struck midnight on January 1, I was nearly 30 weeks pregnant with my second child and taking care of my 20-month-old son, Logan. I knew the focus of my self-employed working life was going to change, given the nature of adding another kiddo in the mix of my mostly stay-at-home life.

I’d heard that the shift from one child to two is . . . categorically insane. And it was.

In general, two under the age of two is a recipe for a trying time for pretty much any mama. But let’s add a few more factors to the mix, shall we?

First: Logan’s history of breathing issues. He had his first bout of RSV at six months old replete with breathing treatments and daily oxygen checks. At almost 10 months old, he came down with RSV again plus community-acquired pneumonia and spent four excruciating days in the pediatric intensive care unit at Children’s Medical Center in Dallas.

For the duration of 2019, we battled wheezing and nebulizer treatments and courses of steroids until our pediatrician sent us to a pulmonologist for increased levels of care. He technically has asthma though they don’t diagnose it as such until they’re older (reactive airway disease is his thing right now). For any mama who’s had a “breather,” as they’re affectionately called in the pediatric world, you know how scary it is to see your little ones struggle for air.

When we found out we were expecting our second baby, I nearly had a panic attack when we calculated her due date: mid-March. Logan’s ICU stay happened at the end of March the previous year.

It sent me on a tailspin of what ifs:

Second: The novel coronavirus pandemic that swept the globe as we prepared to deliver our baby girl March 5. It was a time of great uncertainty. People were getting sick (and dying), but scientists and doctors knew very little about the virus. Every news outlet had headlines screaming about the illness, warning of flu-like symptoms, and breathing difficulty.

The medical professionals we encountered while in the hospital after giving birth didn’t seem worried (yet). But every day, it felt like the intensity was mounting. Was coronavirus something to fear? Was it just the flu? Was it only affecting older folks? What about those who already had pre-existing conditions (like asthma)? How were they faring?

While in the throes of fresh postpartum hormones, I would breakdown if I thought about what it would be like now for Logan to get RSV or even worse — COVID-19 with all its respiratory ills. If my husband was watching the news in the other room, I’d still feel like the walls were closing in on me. Even now, my throat feels tight just running through the what ifs.

For a minute, it seemed like things were getting better. We breathed a collective sigh of relief that Texas just hadn’t been hit as hard as those poor folks in New York. Maybe, just maybe, I could unclench the fear and, well, breathe (no pun intended).

Then things started escalating again, but it was in Texas, and it was hitting us hard. I only thought I was fearful in March and April. Now I’m terrified.

All it takes is a flashback of sweet chunky little Logan in his ICU bed with a massive breathing mask on his face for my eyes to burn with tears and my heart to pound wildly in my chest, knowing it might kill me to have to see either of my children there again. 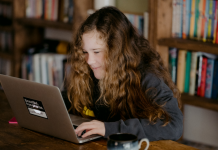 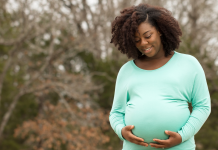 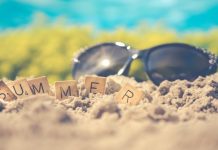 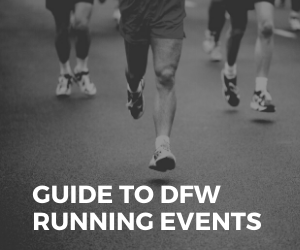 Fort Worth Moms - August 2, 2020 0
Keep that sunny smile by checking out this list of family-friendly events in and around the Tarrant County area.

The Scoop on Getting Served Ice Cream