This article is part of an editorial series, “Food Fights,” brought to you by Fort Worth Moms. Follow the “Food Fights” event page for special giveaways, social engagement, and published articles. Join our subscriber list so you don’t miss a moment of “Food Fights” and all Fort Worth Moms has to offer throughout the year. 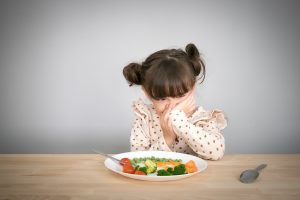 Grocery lists look a little different these days. It’s lacking in variety. Why, you ask? Because I’m raising picky eaters.

Here’s the scoop: I am a single mom raising four kids — an infant, a toddler, and twin four year old girls.

My little ones each have their particular favorite foods. My twins now have a very limited list, but that wasn’t always the case. When they were around 18 months, they ate almost anything put in front them. It did not matter if it was fruit, vegetable, or anything in between; they were the best eaters. Some of their favorite foods included avocado, bananas, grilled chicken, and sweet potatoes. They never hesitated to try new foods. Even if they did not like it, they would at least attempt.

Now at age four, their palate is very restricted. Within those restrictions, they have even more limits. I did not know it was possible to have such picky children (and one is even more than the other.) I have a rotation of lunch and dinner foods I know they will eat without hesitation. They are not fruits or vegetables, and I am lucky if they will eat a “healthier” item at all.

Both of the girls are extremely vocal of their likes and dislikes of food and are even particular about the way the food is placed on their plate. The less picky of the two will occasionally have some bites of broccoli but that concludes our veggie options. My other twin will examine every piece of food before she puts it in her mouth. If there is the slightest deviance in the food, she will not eat it. She refuses anything from anyone else’s plate and must have condiments only in a particular spot. If there is anything else but meat and cheese on the cheeseburger, they will not eat it at all.

A recent example: we ordered some hamburgers, and they had pickles on it. They refused to eat it even if the pickles were taken off. Knowing they had been on there to begin with was enough to ruin their dinner. 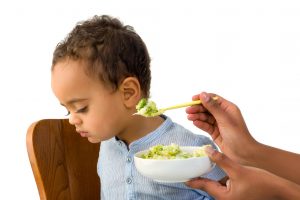 Why Am I Okay with Picky?

I hope one day my kids will broaden their palate a little bit, but I do not try to push anything right now. Why? Keep reading . . .