This article is part of an editorial series, “Food Fights,” brought to you by Fort Worth Moms. Follow the “Food Fights” event page for special giveaways, social engagement, and published articles. Join our subscriber list so you don’t miss a moment of “Food Fights” and all Fort Worth Moms has to offer throughout the year.

When I told people I was doing Whole30 at eight months pregnant, most people looked at me like I was insane. Some people even asked as much. I joined many people around the world in January for a clean start to the year while I happened to be growing my second child and taking care of my 20-month-old son.

Go big or go home, as they say.

What was even more surprising, especially for those who knew me well, was that for the past seven years, I’d been a mostly plant-based eater. I slowly added meat back into my diet about halfway through 2019 because I wanted to see if it would help with some underlying fatigue I haven’t been able to shake. I wholeheartedly believe in the power of food as medicine and living a healthy lifestyle with dietary choices.

So while our culture tends to glorify pregnancy as a time to eat whatever you want since you’re “eating for two,” I approached my pregnancies with a different mindset. I knew that healthy food choices would lead to a healthier pregnancy. And since I was already not drinking alcohol, and also had identified processed sugar as the culprit of my nausea, I knew I was halfway to the Whole30 requirements. When a close friend of mine suggested doing Whole30, I hopped on board.

How I did it

If you’re unfamiliar with Whole30, here’s a quick run-down: For 30 days, you eliminate sweets, alcohol, dairy, legumes, and processed food from your diet. This means you’re eating a lot of protein, fruit, and vegetables. There are a lot of different reasons to complete a Whole30, but a lot of people do it as a reset/cleanse for their body, while others use it as a way to detect food sensitivities. 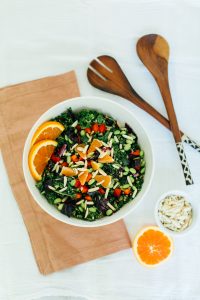 I was pretty nervous about doing Whole30, especially given how pregnant (and tired!) I was. I was worried I’d be hungry all the time, that it would be too hard to keep up with all the meal prep and cooking, and that I really wouldn’t like all the meat suddenly coming into my diet. I also worried that I wouldn’t experience the “true” benefits of Whole30 (what’s known as “tiger blood” energy) because of my pregnancy.

I’d heard one of the biggest keys to success with Whole30 was to plan and prepare, plan and prepare. It definitely was. I sat down a few days before with my monthly meal planner and came up with a template of sorts to help me choose meals that would provide variety and yet work for our lifestyle. It looked like this: Monday (vegetarian), Tuesday (chicken), Wednesday (beef or pork), Thursday (soup), Friday (fish), Saturday (chicken), Sunday (slow cooker). I also knew I’d need to plan several different options for breakfast and lunch ideas when I didn’t have leftovers. While snacks are typically discouraged, they’re allowed as a pregnancy modification so I knew I’d need to have those planned, too.

Given that I was starting my Whole30 at the tail-end of the holiday season, it felt like it got off to a rocky start. If I could do it again, I’d have prepared several meals/snacks beforehand. I had a salad for lunch on New Year’s Day (the first day of Whole30) and that was not a sufficient meal for a pregnant person (in my humble opinion).

I quickly learned to start checking my planned dinner recipe in the morning in case there was extensive prep work that needed to be done. The thing with Whole30 is that you pretty much have to cook at home — if you forget an ingredient or end up ruining a dish, there are very few takeout options that are Whole30 compliant. Talk about pressure!

I found a hilarious photo essay of a Whole30 feelings progression by day and it ended up being pretty spot on. The first few days were hard: I was a little hungrier than usual, I was a little more tired than usual, and I got some headaches here and there. I couldn’t imagine how much harder it would’ve been if I was starting Whole30 after a holiday season of indulgence.

Once I got some meals cooked and leftovers in my fridge, my fear over being hungry all the time dissipated. I noticed that having a big afternoon snack — or even a mini meal — was crucial for me.

The second week went better than the first. I felt like I was getting in the swing of things, and the headaches went away. I wasn’t sleeping any better than my usual pregnancy insomnia though many people report a lot better sleep by week two (according to The Whole30 by Melissa Hartwig Urban and Dallas Hartwig). According to the book, this week is when your body is learning not to lean on the processed foods it’s used to for a quick hit of energy and it’s starting to convert fat and other nutrients into energy. I was majorly craving food — pasta and sugar specifically — but knew I could muscle through.

By week three, I had a lot of mixed feelings. I knew I was too close to the finish line to quit, but man, I was literally dreaming about food (apparently this is also super common!). I noticed my brain felt less “foggy” than usual, but I couldn’t claim the “tiger blood” energy status (probably as a result of my pregnancy). Although losing weight was not a goal doing Whole30 during pregnancy, I noticed maternity clothes that no longer fit me at this point during my first pregnancy still had a lot of room especially in the thigh area. 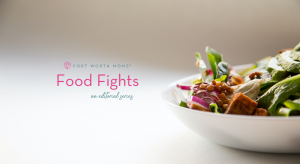 Week four came with temptation after temptation: an entire table filled with desserts at a friend’s birthday party was the worst. But as I got closer to the end and saw the finish line in sight, time passed more quickly and my motivation grew. I also decided to gift myself my last few meals from a food service company and that helped a lot.

During the entire month of January, I really felt like I was limping through my Whole30. I wanted to quit nearly every day. But by the end, I felt like I was flying. I’d conquered 30 days of no sugar, no alcohol, no processed foods, no dairy, no legumes, slaying the “sugar dragon,” and accomplished something a lot of people don’t finish — or even start.

I felt great at the end. My weight was totally on track, and my energy was pretty decent. I even thought I might try it again at some point when I wasn’t pregnant and have since incorporated a lot of the meals into our monthly rotation.

The amount of meat I consumed wasn’t as bad as I thought, and I didn’t burn out on eggs like a lot of Whole30-ers do. But please oh please, do not show me cauliflower rice for a very long time. 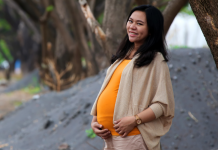 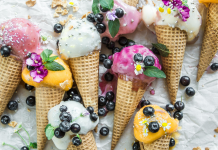 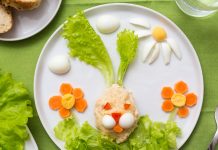