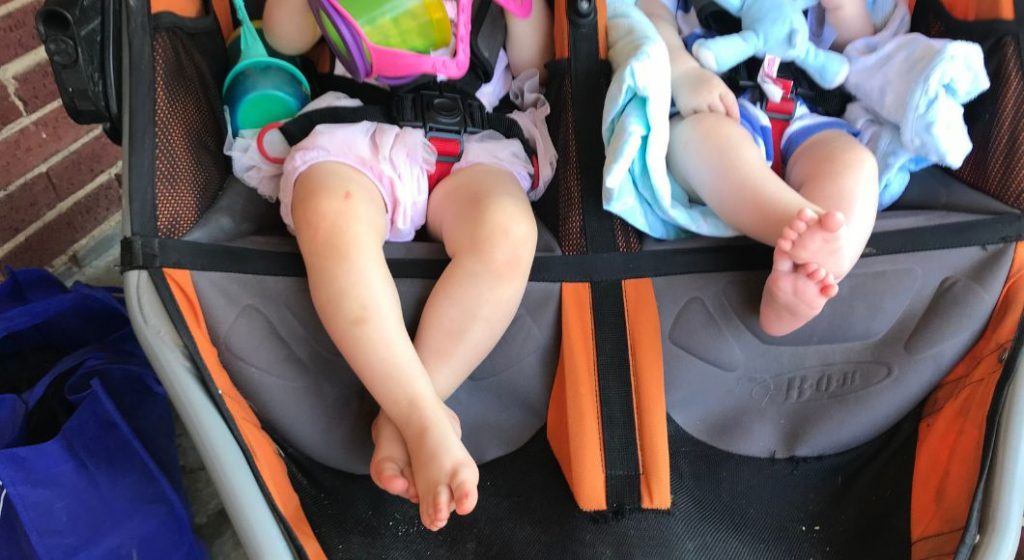 Our daughter was 16 weeks old when my husband and I found out we were unexpectedly expecting again. They were so close in age that when our second child was born, our daughter had just taken her first steps a couple of weeks prior! Both of our children were happy surprises. The ease with which they came into this world is something I do not take for granted.

But having two children well under the age of two was still a gigantic shock. Those first six to 12 months with both children were some of the most exhausting and blurred months of my life.

>> RELATED READ :: 4 Tips for Surviving the Sleeping Woes of Motherhood <<

If you have, are hoping for, or are expecting children close together, I hope these lessons from my (sometimes) haphazard experiences provide some ease during those first years.

A shared bedroom may be daunting at first, especially if your kids don’t have the same sleep schedule. But there are some real benefits to having a shared space when your children are young.

For the first few years of their lives, my children shared their bedroom. It worked for our family. Some of my happiest and most chaotic memories from those years occurred in their bedroom. 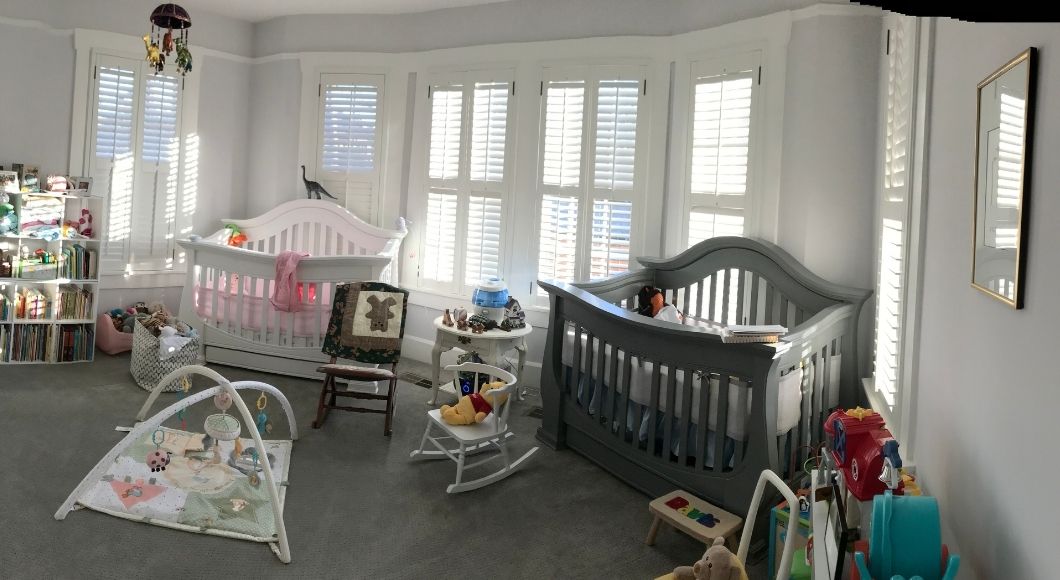 Benefits of sharing a bedroom:

Downsides of a shared bedroom:

When my children arrived back to back, hand-me-down clothing and shared toys were inevitable. Indeed, my son wore plenty of his sister’s clothing during the first year of his life.

As they got older, I realized how important it was for each to have ownership of certain things, such as books, toys, and spaces. This ownership taught privacy, responsibility, pride, and individuality.

A few ideas for special items and spaces:

When my daughter was an only child, she had my undivided attention. I documented every milestone, photographed every monthly birthday, and watched her fall asleep most nights. When she was 11 months old, I quit my job to spend her final month as sole child by her side.

Her world was completely changed with the arrival of her brother. And with his birth, I started feeling guilty for the inability to give undistracted attention to him like my daughter received as an infant. When I did focus on him, my toddler daughter would pine for (and deserved) attention. It was a vicious cycle.

Spoiler alert: It is impossible to give 100 percent attention to both children at the same time, especially when they are close in age.

I learned it was important to make room for one-on-one time with each child. For me, this took the form of enrolling my daughter in a twice-a-week parent’s day out program in our neighborhood.

Being around other children gave her the socialization she needed at the time while also providing me the opportunity to spend dedicated time with my son. And when my son napped in the morning, I focused on my daughter. 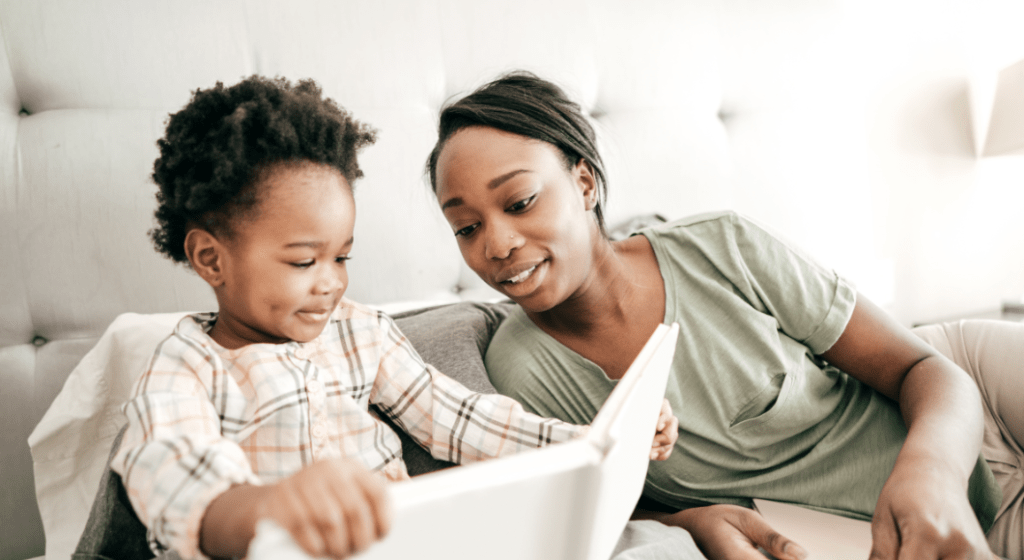 Rely Upon Your Village

It’s true that “it takes a village” to raise a child. It’s okay to ask for help.

Believe me, asking for help took some getting used to. But it was the only way I could shower or pee alone, cook a meal, or get a moment to catch my breath. My husband and I were extremely lucky to have family in Fort Worth who provided breaks and watched the kids when we needed assistance.

My village expanded in different ways beyond family when the kids were very young. For one, I invested heavily in an early morning female running group. These ladies pulled me out of bed after sleepless nights, pushing me to work towards goals for myself alone.

It was in these moments that I began finding bits of my identity outside of motherhood. The mental fog that descended on me — especially after my second child — was dense, and this group of women helped steer me back into clarity.

When my son was born, all of a sudden, his older sister was a giant, as if she had magically grown overnight! In reality, she was still a mere 12-month-old in diapers, taking two naps a day and barely walking. It was easy for me to forget how young she was when her baby brother was a newborn — she was still a baby herself!

As my kids got older, I found myself making comparisons as if they were twins. Though they were close in age, the small gap really started to blur when they both were walking and talking.

One example that comes to mind was trying to ween the pacifier from my daughter and son at the same time, when they were almost three and almost two years old. Why not rip the bandage off at the same time? My older had a couple of rough days without her beloved pacifier, but she quickly adjusted and self-soothed with her stuffed animals.

My younger, however, continued to wake up at night and struggled to calm down for weeks. We ended up giving him back his pacifier for about six more months. He just wasn’t quite ready for that adjustment.

I still, to this day, remind myself to embrace and not compare their unique paths, milestones, and achievements as they come.

Looking back on my first 24 months of parenthood, there are few items that made my life easier with two children under the age of two:

If you have children who are close in age but who are not twins, do you have any other pieces of wisdom?