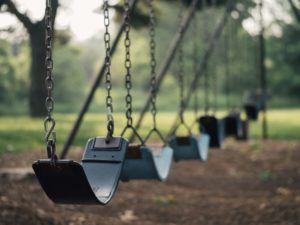 I met him once and never again.

I returned to the park many times with my kids over the past year, eyes searching the crowds of kids climbing, running, and sliding with parents hovering close by. But he and his children have never been there since. How can one person, who I had never met before, nor spoken a word to, leave such a long-lasting impression that shaped my outlook ever since?

So begins my heartfelt “thank you” to a stranger . . . with a hope that he may one day read this article and know I speak of him, that my gratitude may touch his heart as his kindness touched mine.

A Society of Fear

I sat in the serene comfort of my room, gripped in fear, eyes wide open. I had just read the news of the executive orders to ban travel to and from seven Muslim majority countries, knowing I had just booked my flight to Washington, D.C. Even though I was not travelling out of the U.S., I was still afraid. Authorities were detaining Muslims with green cards, and people were protesting. There were demonstrations at the airports; the violence was shocking.

Flashbacks of my prior travels haunted my mind. Flashbacks of going through immigration, and of being stopped and pulled aside to a separate room where I took off my overcoat or was subjected to a heavy pat down. I started to have fears, both rational and irrational, of being detained, deported, and separated from my husband and two kids. It was unthinkable . . . unfathomable.

I went to bed with those fears. The next day, I awoke with those fears and took my kids to the park with what felt like a hovering cloud of gloom, where I met a father and his three daughters.

The Kindness of a Stranger

My daughter and son, four and two, gravitated to his kids of the same ages and were playing together on the slide. My son was having difficulty on the rope, and as I approached to help him, I heard something that made me freeze. Out of the blue, my daughter mentioned to the father that she was going to have a bismillah party, to which she was going to wear her princess Belle dress.

“Only when I finish all my Arabic,” she added.

“You’re learning Arabic? Assalam O’Alaikum,” he said to my daughter.

Then he turned to his daughter, and he said, “That means ‘peace be unto you.’ Did you know that your dad works with people who speak Arabic?” Much to my surprise, as only a child could, his daughter said, “I want to have a bismillah party too, Dad.”

When they were leaving the park, the little girl came over to my daughter. I looked up, and there he was in the distance. I raised my hand to wave, and as I looked down, his daughter said “Assalam O’Alaikum” to my daughter again, and she stretched her tiny little arms out and leaned in for a hug. My daughter instinctively returned her loving affection with a warm hug and a smile. The cloud of gloom was gone, replaced by an ever burning flame of hope.

And Peace Be unto You

At that very moment, my fear vanished, and I realized the vision I had of fostering an inclusive society, transcending the barriers of diversity so we may live in peace and equity, was not far off in the distant future. It was right there in front of me. It was in that father and the way he was raising his three daughters, and it is inside each one of us.

He never extended his hand to shake mine. He did not try to engage me in social conversation. He did not look at me. It was as if he understood that in Islam, the practice of purdah (veil) is extended to one’s heart and mind. I felt like he understood the standards of propriety that are required of males in Islam. It was refreshing, it was comfortable, it was respectful, it was kindness, and it struck me.

This Thanksgiving, I want to remember and give thanks for the kindness of this one stranger who made me stronger in my identity as a woman of Islamic faith. Like a figment of my imagination — like a mirage, like an angel — he was there and then gone. 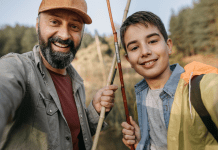