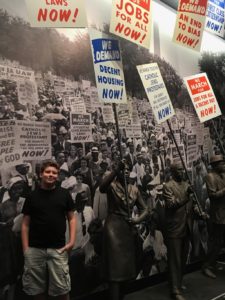 I have learned that talking to my kids about race isn’t enough to ensure they aren’t racist. I thought I had done a good job of teaching my kids that all humans should be treated the same regardless of race, religion, or who they choose to love, but an innocent comment by one of my kids brought to light the reality that just talking about something doesn’t mean they’ve learned what I have to teach them.

I knew something was amiss when one of my kids innocently commented, “that’s racist” about something that had absolutely nothing to do with race, but rather with color. I have worked really hard to make sure my kids understand the importance of social justice. As I sit here on my laptop in my predominantly white neighborhood, typing away on my MacBook wearing my “Books & Coffee & Dogs & Social Justice” t-shirt, I am distinctly aware that my own privilege has prevented me from properly teaching my kids about the very real racism that still plagues our country on a daily basis.

Often the racism our family witnesses is subtle. My kids attend fairly diverse public schools, but exposure to various cultures and lifestyles isn’t enough. Talk isn’t enough. When I heard the “that’s racist” comment, it wasn’t the first time, but it was the first time it occurred to me that I needed to do something about it. I didn’t notice the problem right away.

My children have attended rallies with me. They know all about voting for elected officials who will protect the rights of the oppressed. Yet, they still didn’t know enough of racism to know it when they saw it. I’m becoming more aware of comments and actions that give away our racial ignorance, and I’ll continue to work on it, but I know that right now . . . I haven’t done enough. 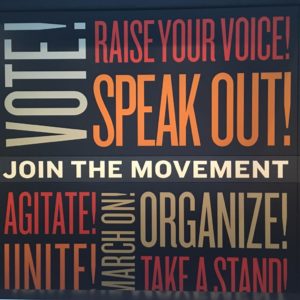 Last year for my son’s 15th birthday, we took a mother-and-son trip to Memphis, Tennessee. Just the two of us. I really wanted to take him to the National Civil Rights Museum, and I felt that he was old enough to appreciate the history. I also felt like it was long past time for me to have deep, meaningful discussions with him about the strides we’ve made to overcome racial injustice in our country, and how it is important that our family do our part to stop the backward slide our country seems to be in.

At the museum, my son experienced Martin Luther King Jr.’s legacy. He saw the power in the peaceful fight. The action in the sit-in. He learned how taking a seat is a way of taking a stand, and how marching is a way to express that you will dig in your heels when you believe in something. He saw evidence of our country’s hate-filled past in the destruction of the Freedom Riders’ bus. And as he experienced all of these things, I had my answer. I haven’t adequately taught my children not to be racist. I’m lacking in experience because I’ve never been discriminated against because of the color of my skin. But I believe in the power of yet. I’m not finished teaching them.

I learned as much on our trip as my son did — maybe even more because until that time, I wasn’t even aware of my own ignorance about race issues in our country. I hope that one day my three children will only judge others for the content of their character. In the meantime, I’ll teach them in small and big ways to give everyone the benefit of the doubt. To be kind always. To show strength of character when defending their beliefs, and to recognize the importance of empathy.