In observance of black history month this February, I compiled a list of books that highlight racial diversity and celebrate African-American history. Here are 10 books that caught my eye; and as an added bonus, each one of these titles is available at the Fort Worth Library.

Wilma Unlimited: How Wilma Rudolph Became the World’s Fastest Woman is the story of Wilma Rudolph, who as a young child contracted polio and was confined to a wheelchair. Wilma later went on to became the first American woman to win three gold medals at a single Olympics game in track and field in 1960. 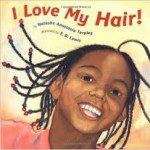 I Love My Hair is a sweet story of a little girl who hates to sit still and have her thick, curly black hair combed. Her mother uses this time to speak words of truth and encouragement into her daughter’s life, and the little girls grows to love and appreciate her unique beauty and naturally gorgeous hair.

Fifty Cents and a Dream is the true story of Booker T. Washington, a man and a slave who overcame great odds to learn to read and write, and later founded one of the first black colleges in the United States, the Tuskegee Institute. This book is an homage to one man’s unbelievable work ethic, and how hard work and determination can change your life’s story.

Martin’s Big Words is a child’s introduction to the life of Martin Luther King, Jr. and the incredible impact he had on the Civil Rights Movement, changing American history for the greater good.

Last Stop on Market Street is a narration of a little boy and his grandmother traveling across town to serve at soup kitchen. The grandmother gently teaches her grandson to love and respect everyone who crosses their path regardless of age, gender, race, or class.

Trombone Shorty is about Troy Andrews, a trombone-playing musical prodigy growing up in modern day New Orleans, who goes on to become an international jazz phenomenon.

Sweet Clara and the Freedom Quilt is the story of brave Clara and how she used her quilting skills to aid the Underground Railroad. Inspired by true stories, Clara is a 12-year-old girl taken from her mother and forced to work on another plantation. She works in the “Big House” and learns a lot by overhearing the conversations of her owners, and pieces together her surroundings to create a map on a patchwork quilt. Eventually, she is able to use this map to escape, and connects with the Underground Railroad where is is smuggled to freedom.

A Weed Is a Flower tells the life story of George Washington Carver. The book begins with Carver being born into slavery and kidnapped by raiders, then returned to his white owners, the Carvers. The Carvers raised him; and from a young age, George showed an aptitude for gardening and botany. He became known as the “Plant Doctor.” Later his advances in science helped revitalize the struggling economy of the South in the early 1900s. 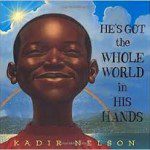 He’s Got the Whole World in His Hands is a beautifully illustrated version of this folk song that weaves in scenes of everyday life for a black family living in the United States. 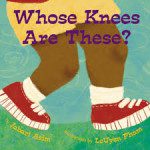 Whose Knees Are These? is a rhyming book for younger children that highlights racial diversity and helps a little one learn anatomy too. 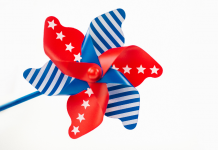 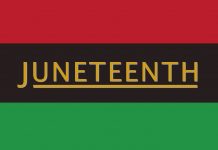